Author:  Anonymous (I wish I knew who to give credit to this information.)  It was just a post that I came across but wanted to share.

The numbers are not out yet as to the approximate amount of people who attended the National Day of Remembrance for Aborted Children in the various locations around the country, but I know if the turn out was as good as the one I attended, it had to be not just a huge success, but a Blessing for all who took part in it and/or attended.

National Day of Remembrance for Aborted  Children is a  joint project of Citizens for a Pro-Life Society, Priests for Life, and the Pro-Life Action League. (The aborted babies buried at Assumption Grotto were killed at Women’s Advisory Clinic, Trimester II, Novi Physician Center, and other Michigan abortion clinics now closed)  The services at the Assumption Grotto Church and Cemetery was hosted by:

The Greeting and Welcome was presented by Ellen Salter, Opening prayer by Rev. Edward Perrone, The Michigan Chamber Chorale sang “Your Great Faithfulness”, “How Great Thou Art”, “Amazing Grace” and “Onward Christian Soldier”. The procession to the cemetery was led b y the Knights of  Columbus, Scripture read by Mark Gade, Head Elder of Christ the King Lutheran, Meghan’s Miracles by Ellen Salter, Prolife Speaker, Scripture by Mark Gade, Reflection by Pastor Randy Boelter of Christ the King Lutheran, Student Orator was Shannon Salter, and speech by Susan Stockman, Past Director of the Pregnancy Aid, Prayers of the Faithful by NDR-Detroit Team, Thank you and invitation to fellowship by EllenSalter, and Closing prayer by Rev. John Bustamante, Assoc. Pastor of Assumption Grotto. 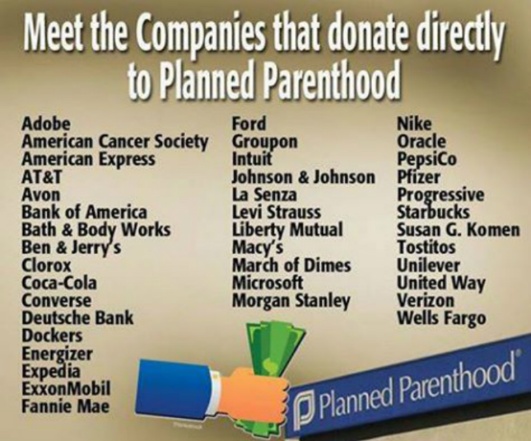 MARK YOUR CALENDARS NOW TO FIND A MEMORIAL SERVICE NEAR YOU ON SATURDAY, SEPTEMBER 12, OR HOW TO ARRANGE ONE AT:  www.abortionmemorials.com, and there’s plenty of time to plan a memorial service. Several graves of aborted babies still need someone to plan a memorial service and hundreds of Memorial Markers for Aborted Babies where you may hold a service for this Nationwide Event.

Click here to locate a Marker NEAR YOU!  http://www.abortionmemorials.com/sites.php
AND Captains are still needed for the following gravesites for aborted children.  So far no one has stepped forward to plan a service for these babies:

Watch this 5 minute video “Requiem for the Disappeared” – on the burials of the aborted unborn! And you’ll be inspired to plan a memorial service for the victims of abortion:

Excerpts from LifeNews.com:  “The Planned Parenthood abortion business today celebrated the defeat of pro-life legislation in Louisiana that would ban killing girls (or boys) in sex-selection abortions.

HB 701, the legislation aimed at preventing sex-selective abortion in Louisiana, was stalled today by a 2-2 vote in the State Senate Judiciary B Committee. Senators J.P. Morrell and Karen Carter Peterson voted against the bill, and Senators Norby Chabert and Eric Lafleur voted in favor of the bill.

After the vote, the nation’s biggest abortion company applauded what it hailed as the defeat of the pro-life legislation…….

If you are pro-life and want to read the entire article, please click on:

The definition of “EXTERMINATION” begins, and quickly becomes the mass killing legally called “genocide”.   It is “extermination” to the killers because they do not believe their victims to be fully human.  Read the page on this site about “Margaret Sanger” and then tell me how her agenda is NOT the agenda of Planned Parenthood.

Mark your calendar to join Right to Life of Michigan for a Prolife Media & Legislative Update Teleseminar on Tuesday, June 2, at 11 a.m.

You will hear from Right to Life of Michigan President Barbara Listing and Legislative Director Ed Rivet. We are looking forward to an exciting summer in Michigan with opportunities to share prolife information. This is your chance to receive the most up-to-date information on what is happening in Michigan regarding LIFE. We expect the teleseminar to be about 20 minutes.

The teleseminar is open to prolife people, feel free to share this information with your Michigan friends and family members. 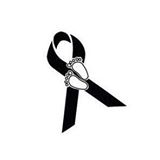 Next week (Monday May 18, through Thursday, May 20), we will be pricing yard sale  items, can you offer a little of your time to  help out?  Our yard sale is coming up soon, begins on June 12.  We will  be pricing beginning at 10:00 a.m.  Hope you can help….bring a friend if you like…..  Also, spread the word, we will be accepting kind donations of baked goods on Thursday, June 11, from 10am until 4pm…….Thanks for all you do, you are much appreciated!

A letter from Students for Life of America:

I’m thrilled to announce that Students for Life’s President, Kristan Hawkins gave birth yesterday, May 14th, to her 4th child and 1st daughter, Gracie Jane Hawkins! Both Kristan and Gracie are doing well!

She is so cute that we wanted to send you a picture of her!

Like the pro-life activist she is, Kristan asked our team to make a special “I am the Pro-Life Generation” baby onesise for Gracie to wear after she was born, so of course she took it with her to the hospital 😉

While Kristan is taking a couple of weeks off to heal and adjust to life with four little ones, our team is going to be going full-steam ahead.

This year, we’ve been incredibly fortunate to work with many young moms in crisis on college campuses and help them choose life.

Friend, in honor of Gracie’s birth, can you chip in and make a $14 gift right now to Students for Life’s Pregnant on Campus Initiative which trains our 838+ Students for Life groups across the nation on how to reach women in crisis and help them choose life?

For every gift of $14 or more we receive, SFLA is going to send one of our brand-new “I am the Pro-Life Generation” onesises to a courageous student leader who chose life this school year.

Thank you for all of your generous support of our mission to abolish abortion in our lifetime, one campus, one student, and one young mother at a time.

Please keep both Gracie and Kristan in your prayers!

According to the National Pro-Life Alliance:

“Just minutes ago, thanks to the pressure of NPLA members and other pro-lifers, the U.S. House of Representatives passed the Pain Capable Abortion Ban by a vote of 242 to 184!

Now the fight will continue in the U.S. Senate where it is sure to face intense opposition from the abortion lobby.

But forcing any vote on protecting unborn babies capable of feeling pain throughout their entire bodies is a clear political winner.

In addition to saving thousands of lives each year, every vote on this bill exposes pro-abortion politicians as the radicals they are for refusing to support any restrictions on abortion-on-demand.

And thanks to the pro-life advances in the last election, you and I have never been better positioned to force a vote on late-term abortions.

So if you haven’t already, please sign the petition to your two U.S. Senators and Senate Majority Leader Mitch McConnell” by clicking the link below:.
http://nationalprolifealliance.com/save-them-s.aspx?pid=0513b&npla=EH15