Author:  Anonymous (I wish I knew who to give credit to this information.)  It was just a post that I came across but wanted to share.

Building and sharing space with our communities is the foundation that grounds our mission, vision, and work at the Coalition, but we need you to join us.  Get involved as we share ways for you to help break the cycles of violence.  You can help make a difference in our awareness campaigns by following us and re-sharing our posts and articles on social media, join us at community training, participate in our social media photo challenge, or becoming a member of CSVANW.

Our women, girls, and two-spirits are being taken from us in an alarming way. As of 2016, the National Crime Information Center has reported 5,712 cases of missing American Indian and Alaska Native women and girls. Strikingly, the U.S Department of Justice missing persons database has only reported 116 cases. The majority of these murders are committed by non-Native people on Native-owned land. The lack of communication combined with jurisdictional issues between state, local, federal, and tribal law enforcement, make it nearly impossible to begin the investigative process.

The above link is really great in showing the problems and showing the difference in states that have no records at all. This needs to be taken seriously, and any input you have in helping them be it posting on your media sites, becoming a member, contacting your representatives, donating even a small amount o aid in the work, newspapers, TV channels, etc. would be greatly appreciated.

Nov 26, 2019 President Donald Trump signed an executive action on Nov. 26 to address concerns over missing Native American women. The order creates an interagency task force aimed at improving efforts to find out what has happened to Native Americans who have gone missing and prevent the murders of native women. The U.S. government also plans to distribute grants to improve safety in Native American communities. “We will deliver justice for the victims, closure for the families and safety to those in harm’s way,” Trump said. Native American leaders who attended the signing ceremony thanked Trump for taking action and emphasized how murders have affected their communities. “We cannot have this happening anymore,” said Melanie Benjamin, the chief executive of the Non-Removable Mille Lacs Band of Ojibwe.

Despite what anyone thinks about President Trump, the important thing here is how and what the various nations had to say.

(Excerpt from U.S. Department of the Interior)

President Joe Biden issued a proclamation declaring May 5 as Missing or Murdered Indigenous Persons Awareness Day. “For generations, Indigenous persons, including American Indians, Alaska Natives and Native Hawaiians, have been forced to mourn a missing or murdered loved one without the answers and support they deserve,” the proclamation from the White House states. “On Missing or Murdered Indigenous Persons Awareness Day, we remember these victims and their families, and commit to working with Tribal Nations and Native communities to achieve justice and healing.” “The Federal Government has an obligation to ensure that cases of missing or murdered persons are met with swift and effective action,” the proclamation continues. “My Administration is fully committed to investigating and resolving these cases through a coordinated law enforcement response, as well as intervention and prevention efforts. We are also dedicated to researching the underlying causes of this violence and to working with Native communities to address them.”

According to Biden, the Department of Justice is “working closely with Tribal Nations to develop regionally appropriate guidelines for these cases.” The apparent lack of progress in creating these guidelines had been raised in a bipartisan letter sent by key members of the Senate Committee on Indian Affairs earlier this week. “The Department of Justice has created a dedicated steering committee to oversee and coordinate this critical work, including an outreach services liaison for Federal criminal cases in Indian Country,” Biden states in the proclamation. The proclamation otherwise does not directly mention Savanna’s Act or the Not Invisible Act, both of which became law in October 2020, before Biden took office. Native women and their advocates have called on the federal government to implement the two laws in order to help address the crisis of missing and murdered people in Indian Country. But Biden touts his signing of the Violence Against Women Act. The new law recognizes the inherent authority of tribes to prosecute non-Indians for a broader set of crimes. It also recognizes the sovereignty of tribes in Alaska, who had been left out of the 2013 version of VAWA. “This important law expands special criminal jurisdiction of Tribal courts to cover non-Native perpetrators of sexual assault, child abuse, stalking, sex trafficking, and assaults on Tribal law enforcement officers on Tribal lands and supports the development of a pilot project to enhance access to safety for survivors in Alaska Native villages,” the proclamation states.

“These efforts are a matter of dignity,” Biden said during the opening ceremony for the White House Tribal Nations Summit. “That’s the foundation of our nation-to-nation partnership.”

The executive order directs the departments of Justice, Interior, Homeland Security, and Health and Human Services to create a strategy that will improve the public safety and justice for Native Americans, as well as address the crisis of missing or murdered Indigenous peoples.

“I’m proud to sign it. It’s long overdue,” Biden said while signing the order on Monday. “We’re going to make some substantial changes in Indian Country, and it’s going to continue.”

As of today, August 6, 2022, these are just more promises made but promises not kept but that isn’t anything new when it comes to the Native American nations. What is different though is that there was a time when the news would carry and report on stories like this, but now-a-days, they are all bought and paid for by political parties, and this is why it is imperative that people become more involved and contact the various medias demanding more coverage about this problem, and to use Facebook and Twitter to spread the word. WE ARE OUR BROTHER’S KEEPER!

I am happy to say that Downriver Activism & Empathy is up and running again after taking a long sabbatical. Once again I will be sharing some ideas for peaceful activism on a variety of subjects; however, a lot of time will be spent on the problems in the Native American communities, and to inform people on what is happening and how we can help.

The numbers are not out yet as to the approximate amount of people who attended the National Day of Remembrance for Aborted Children in the various locations around the country, but I know if the turn out was as good as the one I attended, it had to be not just a huge success, but a Blessing for all who took part in it and/or attended.

National Day of Remembrance for Aborted  Children is a  joint project of Citizens for a Pro-Life Society, Priests for Life, and the Pro-Life Action League. (The aborted babies buried at Assumption Grotto were killed at Women’s Advisory Clinic, Trimester II, Novi Physician Center, and other Michigan abortion clinics now closed)  The services at the Assumption Grotto Church and Cemetery was hosted by:

The Greeting and Welcome was presented by Ellen Salter, Opening prayer by Rev. Edward Perrone, The Michigan Chamber Chorale sang “Your Great Faithfulness”, “How Great Thou Art”, “Amazing Grace” and “Onward Christian Soldier”. The procession to the cemetery was led b y the Knights of  Columbus, Scripture read by Mark Gade, Head Elder of Christ the King Lutheran, Meghan’s Miracles by Ellen Salter, Prolife Speaker, Scripture by Mark Gade, Reflection by Pastor Randy Boelter of Christ the King Lutheran, Student Orator was Shannon Salter, and speech by Susan Stockman, Past Director of the Pregnancy Aid, Prayers of the Faithful by NDR-Detroit Team, Thank you and invitation to fellowship by EllenSalter, and Closing prayer by Rev. John Bustamante, Assoc. Pastor of Assumption Grotto. 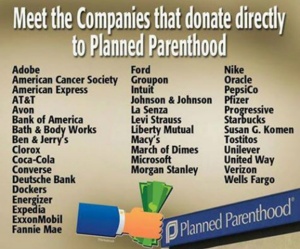 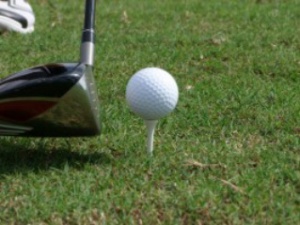 MARK YOUR CALENDARS NOW TO FIND A MEMORIAL SERVICE NEAR YOU ON SATURDAY, SEPTEMBER 12, OR HOW TO ARRANGE ONE AT:  www.abortionmemorials.com, and there’s plenty of time to plan a memorial service. Several graves of aborted babies still need someone to plan a memorial service and hundreds of Memorial Markers for Aborted Babies where you may hold a service for this Nationwide Event. 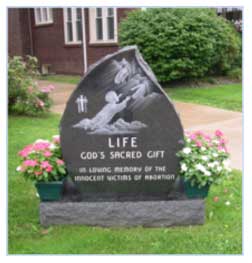 Click here to locate a Marker NEAR YOU!  http://www.abortionmemorials.com/sites.php
AND Captains are still needed for the following gravesites for aborted children.  So far no one has stepped forward to plan a service for these babies:

Watch this 5 minute video “Requiem for the Disappeared” – on the burials of the aborted unborn! And you’ll be inspired to plan a memorial service for the victims of abortion: 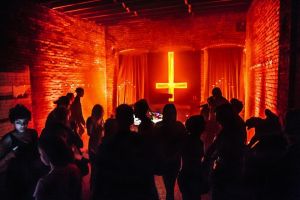 In case you were earlier not aware, the Satanic Temple of Detroit is still planning to unveil their satanic statue somewhere in Detroit in July (they are not revealing where and when). They originally were planning to do so in Eastern Market on July 25 but have now cancelled due to loud protests.

On Saturday, July 25 (Feast of St. James, Apostle), our St. Joseph Church in Detroit will offer a 10 AM Mass of Reparation followed by a 11 AM Eucharistic Holy Hour for the City of Detroit.   The information flyer can be downloaded and printed from here:
www.motherofdivinemercy.org/docs/7-25-15MassandHolyHour.pdf

Mark your calendar to join Right to Life of Michigan for a Prolife Media & Legislative Update Teleseminar on Tuesday, June 2, at 11 a.m.

You will hear from Right to Life of Michigan President Barbara Listing and Legislative Director Ed Rivet. We are looking forward to an exciting summer in Michigan with opportunities to share prolife information. This is your chance to receive the most up-to-date information on what is happening in Michigan regarding LIFE. We expect the teleseminar to be about 20 minutes.

The teleseminar is open to prolife people, feel free to share this information with your Michigan friends and family members.