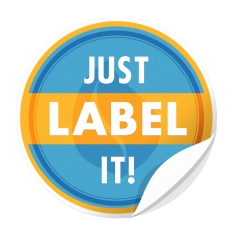 They’re trying to prevent clear GMO labeling on the package by persuading Congress to pass legislation that would allow food manufacturers to hide GMOs in their products using just a QR code.

Ever heard of a QR code??

Don’t feel bad if you haven’t, polling shows that more than 80 percent of Americans have never used a QR code. That’s because it’s a fading and unpopular technology that will confuse consumers. Americans have a right to know what they are eating. That means we need clear labeling on the package.

Defeating Big Food’s attempt to block state labeling was a huge win for GMO labeling, but the fight isn’t over. We won’t stop working for you until we’ve secured federal legislation mandating GMO labels on food packaging. But we can’t do it alone. We need you to take action right now.

Tell Congress that you won’t stop fighting for your right to know. Ask your senators to advocate for clear GMO labels, not just high-tech gimmicks.

Thanks for standing with Just Label It! 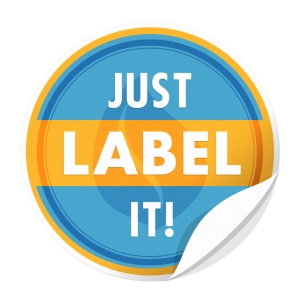 Today’s vote was a HUGE victory for every American who wants to know what’s in their food. The Senate voted to defeat the DARK Act this morning and it wouldn’t have happened without you.

We’re optimistic that the Senate will take this opportunity to craft a national GMO labeling solution that focuses on improving transparency and reducing consumer confusion. After thousands of calls from GMO labeling supporters like you, senators can no longer deny that nine out of 10 Americans want clear GMO labels on the package.

We’ll keep you posted on what comes next, but we had to take this moment to thank you for all your support. Stopping the DARK act at this point is a huge win and we know it wouldn’t have happened without all your calls, emails and support.

Right now Monsanto and the Grocery Manufacturers Association are scrambling in Washington DC to get your Senators to trample on states’ rights and hand Monsanto and Big Food another massive corporate bailout by making it illegal for states to pass common sense GMO labeling laws like the Connecticut, Vermont and Maine legislatures did in 2013 and 2014. This bailout not only protects Monsanto’s toxic products from real scientific investigations by the federal government, but also forces the USDA to promote GMOs around the country to try to create widespread “Consumer Acceptance” (this is the actual phrase from Senator Roberts bill).

That’s right, your Senators could vote next week to not only sell your constitutional rights to protect Monsanto and Big Food from common sense GMO labeling, but they’re also going to use taxpayer money to PROMOTE Monsanto, DuPont, Dow Chemical and Syngenta’s GMOs across the United States. This is an outrage, and calls to your Senators are the only thing standing in the way from this passing in the Senate and becoming the law of the land.

It’s absolutely CRITICAL that all of us make calls NOW to your Senators urging them to VOTE AGAINST S. 2609 and DEFEND VERMONT’s HISTORIC GMO LABELING LAW, which will go into effect on July 1st of this year.

We need to make sure they hear – Loud and Clear – that we won’t allow them to steal our basic democratic rights to protect Monsanto’s toxic profits.

Here’s what your Senators need to hear from us:

They MUST OPPOSE S. 2609 and any proposal that would preempt States’ Rights and Maine’s landmark GMO Labeling bill.  They should support the excellent alternative bill sponsored by Senator Jeff Merkley (D-OR). The Merkley bill would institute strong mandatory GMO Labeling nationwide.

Click here to make a call today! This corrupt deal – the ultimate Monsanto Promotion Act – will be voted on Next Week in the Senate and your Senators need to hear from you today!

Republicans Pitch the Monsanto Promotion Act!  Now Senate Republicans are desperate to promote Monsanto’s products To FORCE “Consumer Acceptance” on the American Public.
The current legislation from Senator Pat Roberts is so corrupt and contains such a massive corporate bailout for Monsanto, that even Roberts’ fellow Senators are outraged and are now calling his bill the “Monsanto Promotion Act”.

Buried in S. 2609, the bill Sen. Pat Roberts is trying to push through the Senate, is an outrageous proposal that demands using federal government funds to promote GMOs through educational, outreach and promotional efforts to “address consumer acceptance”. They have gone too far and we need your help today to stop dead in its tracks!

We’ve been able to stop them so far because of a massively high volume of phone calls, but we need to keep the phones ringing.

The vote is could take place as early as next week in the Senate and your Senators need to hear from you today!

This our moment to STOP Monsanto – It’s all hands on deck! We are in the final hours to protect our right to know what’s in our food and states’ rights so we can achieve mandatory GMO labeling. Please share with your friends and call your Senators today! Every voice counts!

Remember, democracy is like a muscle, either you use it or you lose it!

Thanks for participating in food democracy.

Tell your Senators to support mandatory GMO labeling and to stand up for your rights and the Constitution.

Then SHARE this image far and wide to Stop Monsanto’s GMO Trolls in the Senate!
Sources:

Save 25% on your first order by using the code:  LCC525.  Low Carb Cabana carries a nice variety of low carb, non-GMO and gluten free products.  I love everything made by  Walton Farms. 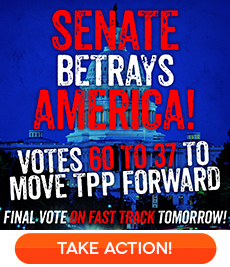 According to the Food Democracy Action team, “Earlier this morning the U.S. Senate voted 60 to 37 to pass cloture on Fast Track authority on the Trans Pacific Partnership (TPP). Today’s vote was a procedural vote on cloture, which limits debate on this secret international trade agreement, the language of which, the American public has not been allowed to read.

This vote, and the secrecy surrounding the Fast Track agreement, is an absolute betrayal of the American people that undermines representative democracy and the important consumer protection laws that local, state and federal elected officials have passed to protect our health, environment and economy.

These 13 Democratic Senators Just Betrayed the American Dream – Make sure they Hear from YOU Today!

Let them know that there will be consequences for today’s vote! And find out how your Senator vote below.

The Republican Senators and Presidential Candidates Need to Hear From You!

Today, your Senators essentially voted to turn over our sovereign laws to international tribunals that do not answer to your elected officials and whose rulings can not only supersede the American court system, but force local, state and federal governments to pay hundreds of millions of dollars to corporations for “lost profits” if they don’t like how a law impacts their toxic products.”

Today is your last chance to “try” to make a last minute difference.  Click here to sign the Petition:  http://action.fooddemocracynow.org/sign/FINAL_VOTE_2_stop_tpp_fast_track_Monsantos_secret_trade_deal2015/?t=1&akid=1595.1112150.FVdmNm 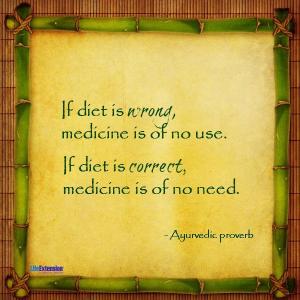 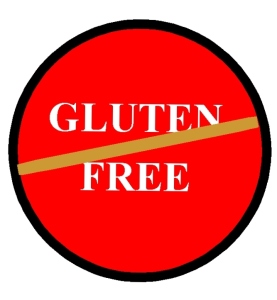 (The following restaurants have gluten free menus, but you need to ask for them.)

I recently went to PA and discovered that Bob Evans has a gluten free menu, and I’ve ordered the gluten free pizza from Andy’s Pizza, at 13280 Northline in Southgate.  The Applebees at 13855 Eureka, Southgate has a nice menu too.

IF YOU KNOW OF OTHERS, PLEASE LET ME KNOW SO I CAN ADD THEM TO THE LIST. 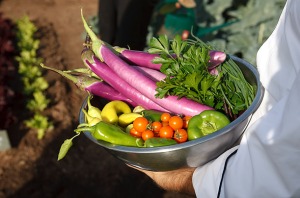 Reports indicate White House meals are organic. Michelle Obama’s book titled “American Grown: The Story of the White House Kitchen Garden and Gardens Across America indicate the first family’s commitment to organic (non-GMO) foods in their personal diet.  (NOTE:  Under this administration, like others,  have always and still continue to side with big corporations like Monsanto, Dow, etc., and fought against mandated labeling.  Think about this the next time you vote.  Vote for people who care about the health of the people instead of their pocketbooks.)

What they want the rest of America to eat is another story altogether – especially if Hillary is elected president in November 2016.

At a July 2014 biotech conference, she publicly endorsed GMOs saying “I stand in favor of using seeds and products that have a proven track record.”

She attacked GMO critics adding “there is a big gap between what the facts are, and what the perceptions are.”

He had “the professional challenge of fulfilling Hillary Clinton’s mandate of bringing contemporary American cuisine and nutritionally responsible food to the White House,” he said.

Nearly all foods used were gotten from local growers and suppliers. A small White House roof garden was used for produce grown without pesticides and fertilizers. Organic foods were prioritized.

First families continue getting wholesome pesticide/GMO-free foods while promoting frankenfoods hazardous to human health for Monsanto and other biotech giants.

In 2014, Organic Consumers Union associate director Katherine Paul said “if Hillary Clinton intends to run for office in 2016, she should think carefully about supporting a food and farming system that is proven to be detrimental to public health.”

Her view are “no different than those of previous administrations, including the Bush (II), Clinton, (Bush I) and Reagan administrations, and they are taken straight from the biotech industry’s talking points.

Hillary’s biotech/agribusiness ties surfaced in the 1980s as a Rose Law firm lawyer. Monsanto and Tyson Foods were clients.

As Secretary of State, her State Department heavily pressured other countries to use GMOs. Taxpayer money was used to promote them worldwide.

On May 17, the Washington Times said Hillary’s biotech/agribusiness ties earned her the nickname “Bride of Frankenfood.”

“In the GMO debate, Mrs. Clinton has consistently sided with the chemical companies,” WT said.

She chose longtime Monsanto lobbyist Jerry Crawford to serve as advisor to her “Ready for Hillary” super PAC.

Throughout her professional career, especially in politics and as first lady, Hillary has been on the wrong side of major issues mattering most – including healthcare, safe food and promoting war over peace and stability.

It’s not coincidental that she and Bill became super-rich after leaving the White House in 2001.

Financial disclosures show they earned over $163 million from 2001 – 2012 – including Hillary’s years as New York senator and Secretary of State.

In speeches delivered since January 2014, they earned more than $25 million. Hillary earned over $5 million from her 2014 memoir, “Hard Choices.”

As a presidential aspirant, critics claim a potentially serious conflict of interest accepting millions of dollars from foreign governments she’d have direct dealings with if elected.

Let’s not forget that speech where Hillary said when they left the white house they were broke and had problems paying for their mortgages (plural), and their daughter’s wedding – REALLY!)