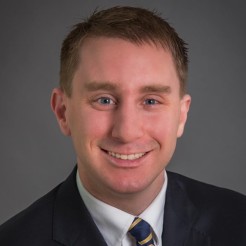 STEVE KARLEN, Director of North American Outreach, for 40 Days for Life will be flying in from Wisconsin, to speak at our Midpoint Rally, on Saturday, February 27, at 3 pm outside of Planned Parenthood, 3100 Professional Drive in Ann Arbor.

Please join us and hear his inspiring message! Steve has always been pro-life, but, like many people, he never really did anything about it. All of that changed when his wife found out that a friend was pregnant and planning to have an abortion. Steve and his wife rushed to her aid—an experience that moved them so deeply that they got involved in the pro-life movement by volunteering for their local 40 Days for Life effort. Just months later, Steve found himself at the center of a nationwide controversy as he helped lead an effort to prevent the University of Wisconsin from opening a late-term abortion center. Steve responded courageously, working through the media and organizing thousands of volunteers.

Steve went on to incorporate a local pro-life organization and was then quickly asked to serve as a leader on the state, national, then international level. Steve has shared his message in 35 states, Washington, DC, four Canadian provinces, and Mexico City.   He and his work have been featured on American Family Radio, EWTN, the Christian Broadcasting Network, NBC, CBS and Fox affiliates, as well as numerous newspapers and radio stations.  Steve lives in Madison, Wisconsin with his wife Laura and his children, Peter, John Paul, and Teresa.

For info, please go to www.40daysforlife.com/annarbor   More info: Sandie Weathers at 734-657-1936. or 40daysforlifeannarbor@gmail.com

One thought on “Steve Karlen to Speak at 40 Days For Life Ann Arbor Midpoint Rally, Saturday, February 27th at 3:00 pm!”